I wrote a story last week about what the future could hold if California decided to legalize weed. Much of the article was based on the thoughts and opinions of Cliff Schaffer, a SoCal weed advocate who believes if the drug were legalized the industry that would spring up to produce marijuana would be something akin to the wine industry. Schaffer actually went so far as to describe a vision in which California is dotted with boutique pot growers each offering their own marijuana that is expressive of the terroir in which it grew.
Most folks probably think that is nonsense. And if your image of a weed smoker is some doped out, long-haired counter culture hippie then you would probably agree. But after living in Northern California and Oregon for my whole life, I have met countless people who smoked regularly and who buck that stereotypical image of a pot head. These people are mature professionals who not only smoke the drug but have a keen sense of appreciation for it too.
Schaffer himself describes the pot stores in his neighborhood as being filled with sophisticated yuppie types who pick their drug based on aroma, taste, appearance and quality of high. Hmmm, aroma, taste and appearance doesn’t that remind you of someone? Yes, the wine drinker.
I’ll never forget something I saw about 10 years ago when I was a teenager and I went to a Blues Traveler concert in Berkeley. As my girlfriend and I were driving to the show, we pulled up to a stoplight and a man in brand new BMW convertible pulled up next to us. I had the windows down and noticed that this guy —who looked like he was some software programmer — was puffing a joint. At the time, weed for me had always been some dark, mysterious drug that spoiled your brain and sapped your ambition. Imagine my shock at seeing some rich dude blazing away in broad daylight while he was driving.
That  experience taught me that weed had a much more diverse audience than what I had always been lead to believe. It also made me realize something else: It’s not going to be the hippie on the corner that legalizes marijuana, it’s going to be the dude in the BMW. 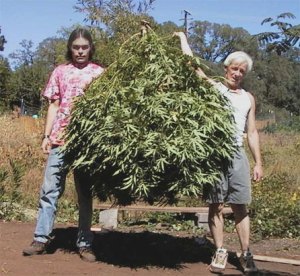